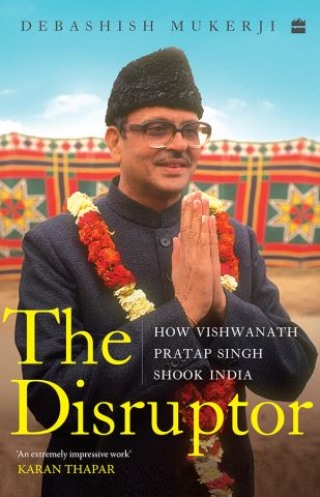 Once you start reading, it's almost impossible to put this book down. This is not simply a biography -- it is a serious work of history.' -- Karan Thapar

An admiring and admirable account of the life of a very complex public personality. -- JairamRamesh

Vishwanath Pratap Singh, India's seventh Prime Minister, struck Indian politics with the force of a tornado. Primarily remembered for implementing the recommendations of the Mandal Commission report, which provided reservations in Central government services for the first time to the Other Backward Classes, he deserves a place in history for much more-from conducting raids on the biggest business houses of his time when he was finance minister, to investigating murky defence deals as defence minister (which cost him his job); bringing together a divided Opposition to form an unlikely coalition government at the Centre comprising the BJP and the communist parties, to spearheading the biggest airlift evacuation in Indian history-of Indians stranded in Kuwait during the first Gulf War.

V.P. Singh weathered repeated crises during his eleven-month prime ministerial tenure: the rise of insurgency in Kashmir, starting with the kidnapping of his home minister's daughter by terrorists; L.K. Advani's rath yatra in support of the Ram Mandir in Ayodhya, which led to communal riots; and, above all, the backlash that followed the Mandal Commission report's implementation.

Known for his integrity and honesty, V.P. Singh ended up antagonizing both the Congress and the BJP--perhaps one of the reasons he has not been given the posthumous attention he deserves. The Disruptor is a richly detailed account of his extraordinarily eventful life, told in the context of his times.

Debashish Mukerji: Debashish Mukerji has been a journalist for nearly forty years, having worked with numerous publications including Hindustan Times, The Week and Business Today. He has written extensively on Uttar Pradesh and on national politics. He is currently Editorial Consultant with a leading multilateral financial institution.